Discounts depend on the event popularity, how important seeing the show is to you and how much time you might spend on line during your NYC vacation.

If you plan to see Broadway Shows, TV Shows, Yankees Baseball or Giants Football, now is the time to look into tickets, since New York locals go every day! We don’t regularly go to tourist attractions or on bus tours, so you don’t have to worry about us booking those in advance. For the events we do attend, that’s over 8 million people with whom you are competing.

The exception is late November through January 1st and Easter Week. During the popular vacation times, the city is just insanely busy and everything is really crowded, but New York City Broadway Tickets or New York Yankee Tickets will still be sold out long before any tours or attractions.

Tourist attractions and bus tours are open and run almost every day, year-round, so work those around your half price Broadway tickets and other New York City event tickets.

Should I buy tickets in advance?

Most likely, you should, especially if: TodayTix is a fairly new NYC company with tons of amazing Broadway offers. They have exclusive Lottery Ticket deals, such as Harry Potter Friday Forty ($40 tickets), online lottery for Shakespeare in the Park and tons of other shows. They have an entire section dedicated to $50 or under Broadway ticket deals and a wealth of show information online. 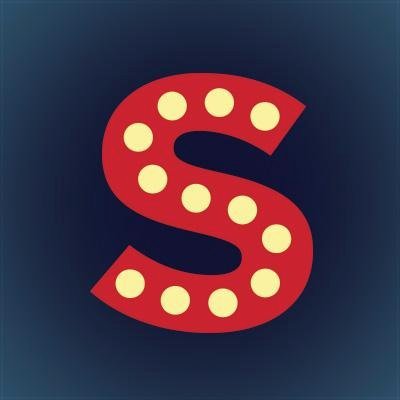 ShowTickets.com keeps a great deals page for discount Broadway Tickets. Taxes and Fees amount to about 10% of the cost, which is pretty low in the industry.

ShowTickets.com is easy to navigate, full of great NYC info and they also offer Tours, Sightseeing, and other New York experiences. Half-Off Broadway tickets at TKTS can (almost always) only be bought on the day of the show, so you have to be willing to risk NOT seeing a show. You also might spend several hours on line in NYC, only to be disappointed.

If your vacation time is not flexible, check Discount Broadway Tickets New York or read below for more great discount event tickets.

You might get 30% off instead of half price Broadway tickets, but it’s a guaranteed show and seating, and will save you several hours of waiting on line. If you’ve got kids, you know those hours are priceless!

Broadway.com is the #1 site online for all things Broadway. They offer a great selection of tickets for every show, reviews, show times, behind the scenes information, celebrity interviews, videos and more. Broadway shows sell their tickets directly through Ticketmaster and Telecharge, but Broadway.com combines all Broadway Show information in one site. 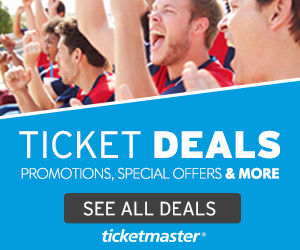 Ticketmaster Deals– lots of shows with 2 For 1, Me+3 and 4-Pack deals (just saw Frozen listed). Ticketmaster is the official seller of NFL, US Tennis Open and other direct tickets. On occasion, Ticketmaster sells tickets for a cancelled transaction to avoid a potential loss. For lower-demand events, tickets can sell below face value, resulting in great deals for bargain hunters. Most tickets can be printed electronically.

Ticketmaster (TM) is the primary ticket seller for all of the following:

StubHub, the official ticket exchange of the MLB, is especially great for excellent seats, sold out and hard to find Broadway and Yankees Tickets. Sometimes you can find discount tickets, but it is usually a great place for popular shows, concerts and sports events. They are not a ticket broker, but a reputable company, owned by EBay, where individual sellers set the ticket prices.

Only use CL if you are savvy and have used it in your home town. Then, be a bit more skeptical in NYC.

So many tickets go last minute – this is where people who “all of a sudden have to work late,” try and sell their tickets. Craigslist NYC can be tricky, as there are potential scam-artists on the site, and there is no monitoring or repercussions.

You should NEVER send anyone money without having the tickets in your hand. Trust your gut – as you are exchanging emails with a potential seller, you should easily be able to gauge if they are legit or not. Most of the time if it sounds too good to be true, it is. So, while you may not get half price Broadway tickets, you may still get a significant discount. Because of my long history and contacts in New York City, I get emails almost daily from people looking to sell or give away their tickets- usually some of the best seats in the house. Subscribe to NYC Insider Scoop – and I’ll let you know as soon as these half price broadway tickets, or even less, are made available to you!

There are countless ticket brokers in New York City who buy up tickets in bulk and resell them significantly above face value. Technically, this is illegal, but it is common practice. Many of the brokers are legitimate, just charge a lot of money. Ticket brokers should be used only if you are just dying to see a sporting or musical event. Back to New York City Vacation Free Things to Do in New York City